Skip to content
Why I got into Crypto by Brock Hager

I started hearing about bitcoin during the middle of 2013.  I learned that they had tried many times to create a digital currency and they had always failed due to the “double spend attack.” 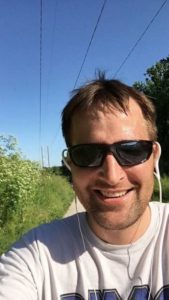 It fascinated me that someone had figured out how to validate transactions and not allow anyone to “make copies” of the currency.  I found the book Mastering Bitcoin and it explained how bitcoin and the bitcoin blockchain worked. I was so excited that I read through the whole book in a week, which is fast for me.

As I learned more about bitcoin and digital currency, I started to understand what this meant:  a way to move money in a new way that didn’t involve having a 3rd party like a bank or the government.  I realized then how the US Dollar worked and how bad it was that “the fed” could just do whatever they want and the oversight to that (non-government) institution is limited. I won’t say more about that now and will save it for another day.

I have learned so much since joining this space.  I have read and done a lot of research about this space every day since 2013.  I am very excited about what is happening and what is yet to come.

From 2013 to 2017, I couldn’t really find that many people in Iowa that knew about bitcoin or blockchain that I could talk to on a regular basis, so that is why I am very excited by how this group has taken off and there are a lot of active members. 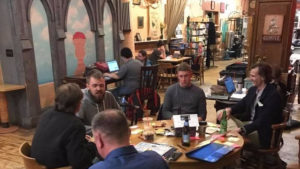 Thanks for stopping by our new website.  We are always welcoming new people to our group, so if you would like to get connected, join our Slack and/or come to one of our monthly meetups!  Be sure to say hi if you see me there.